(The domain name gem-0.com is for sale) 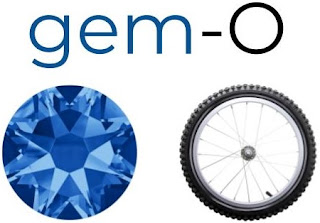 A round blue gem and an appropriate bike wheel (in the same vein as those suggested above) would bring the point home and result in a smart logo for the new GM’s e-bike.

To better emphasize the GM’s blue-white colors the text can be written as:

All car manufacturers are working to design a reminder complaint with the
Hot Cars Act, which will soon become law in US, so GM might also be
interested in the most reliable, affordable and versatile reminder (and
lifesaver for kids and pets) in cars: Never Forget Us! 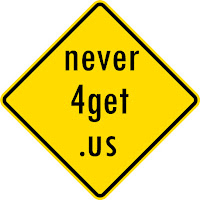 Added on 1/31/2019 after reading the results of the contest. So my submission was:

The name is formed by the first 2 letters of the two words in the General Motors brand where the letter o was replaced by the number 0 (zero) for good reason: it is the original/basic version (version 0) of this line of products. The future versions can be named as gem-01, gem-02 and so on.

All four characters (3 letters and a number) are important: The GM’s graphic artists can creatively emphasize the fact that the letters g and m (in gem) stand for GM and also do something about the famous e (used in both eBike and gem). Also the 0 can be intelligently associated with the ZERO in ZERO CRASHES, ZERO EMISSIONS, ZERO CONGESTION.

Due to Hollywood and the Internet, gem is a worldwide well-known word with a strong positive vibe.

Dan Mimis
Posted by Dan Mimis at 2:11 PM No comments: